Joined Apr 3, 2018
·
3 Posts
On Sunday, I pulled a young oscar out of the pond where I live that someone had dumped. A 10 gallon tank is the biggest I had on hand, so that's what he's in, though I've read that 10 g is much too small for even a baby (this one is 3-4 in). I wanted to be sure he'd survive before I bought something larger. I have a matten filter in my shrimp tank, so I couldn't put established media in the new tank, but I did take a rock and a java fern from the established tank, hoping that'll help just a tiny bit. The tank is 76 F/24 C, and I've ordered a heater, but I'm not sure it's necessary right now. Since the tank is uncycled, I'm doing 50% water changes daily to keep ammonia down. Last night, 24 hours since the previous water change, ammonia was at about 0.5 ppm.

The oscar has a great appetite and is very active and interested in what's going on. That's great. However, I'm very concerned about the condition of his fins. They were very tattered when I took him in and now that I'm comparing photos, they seem even worse. I started dosing the water with Melafix on Monday and I hope that between that and the large water changes, they'll begin to regrow.

Is there anything else I should be doing/anything I should be doing differently? I'm trying to rehome him but if he needs a bigger tank (29 g or 40 g) in the meantime, I can get one (and would surely find a use for after he's in a new home). I'd love to keep him but in about 2.5 years, I'm going to be moving an unknown distance (as much as a several days' drive) and will likely be moving to different states several more times during his lifespan so it seems better for him to move to a new home once while he's young and small and not be uprooted repeatedly (in addition to the fact that I've been reading that not even a 75 gallon tank is necessarily enough for an oscar and I really don't think I'd be able to have anything larger when I'm moving around to different apartments in different areas of the country.)

Many thanks for your help! He's such an alert, curious fish and I'm really enjoying his company.

Here's a photo from Sunday, the day I found him: 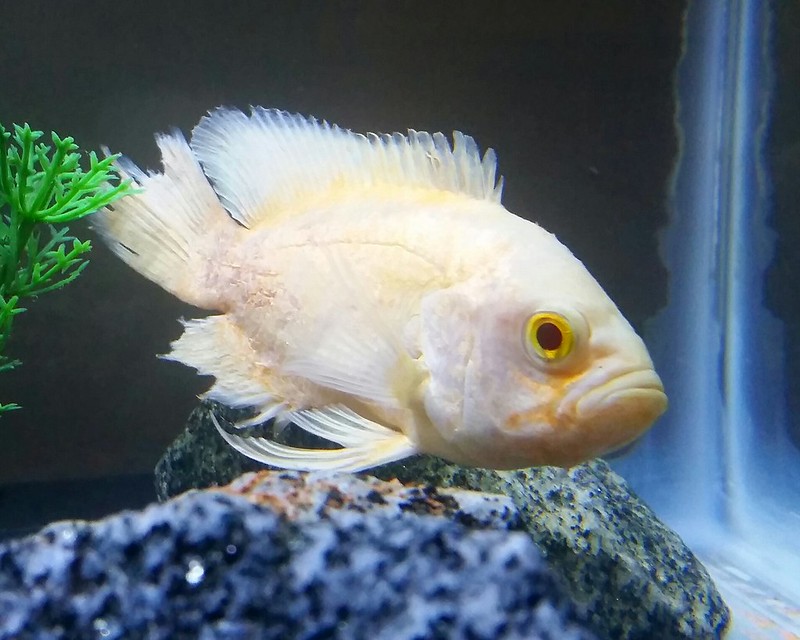 This photo is from today, 3 days later: 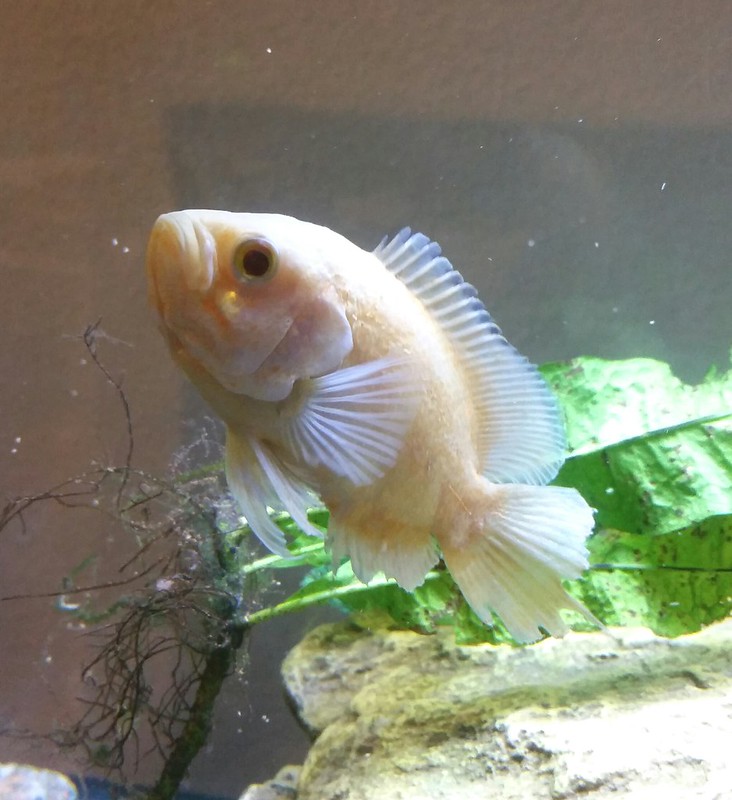