Hey Guys I am very pleased to announce that my Buffalo heads finally have emerged with their young.
This is my first time breeding this species and I have wanted to ever since I saw a picture of them in a book as a child.
I lucked out this year around my Birthday we had an expo and I picked up a bag of 3 1.5" juvies for a good price (not $40 a fish, which is what they generally can be found for here)
one was bullied out and dissapeared after the first 2 months but two of them were inseparable.
One was a definate male and the other had a more round profile.

Until recently I was beginning to think I didn't have a pair as they are reportedly not difficult to spawn.
Today I was staring into the tank and noticed both of them were out and together, the female had been MIA recently. I was beginning to suspect the male had erradicated her.
So I take a closer look and see a single tiny blotched fry, looking much like a Julidochromis fry. An even closer look revealed multiple 1/2" long fry rasping algae from the rocks.

I went on vacation last week so they were being fed once ever two days, I also skipped a water change while I was away, Apparently this was enought to entice them.

I just wanted to share my experience and some pictures. I do however have a couple of questions,

1. is it true that they will establish a colony and not kill off their own young?
2. I have read there are a few variants of buffalo head cichlids, is this just the common variety?

Thanks and enjoy the pictures 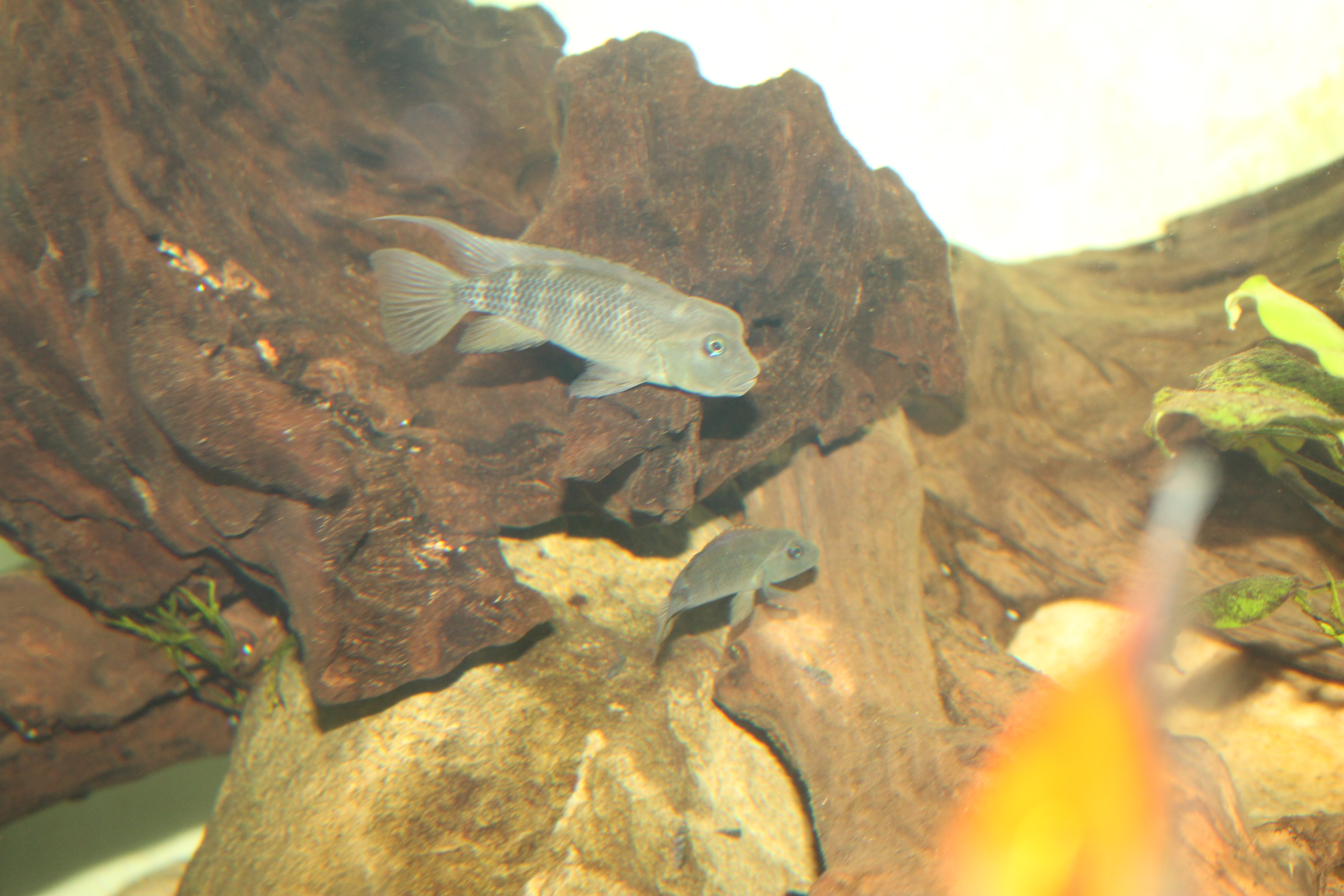 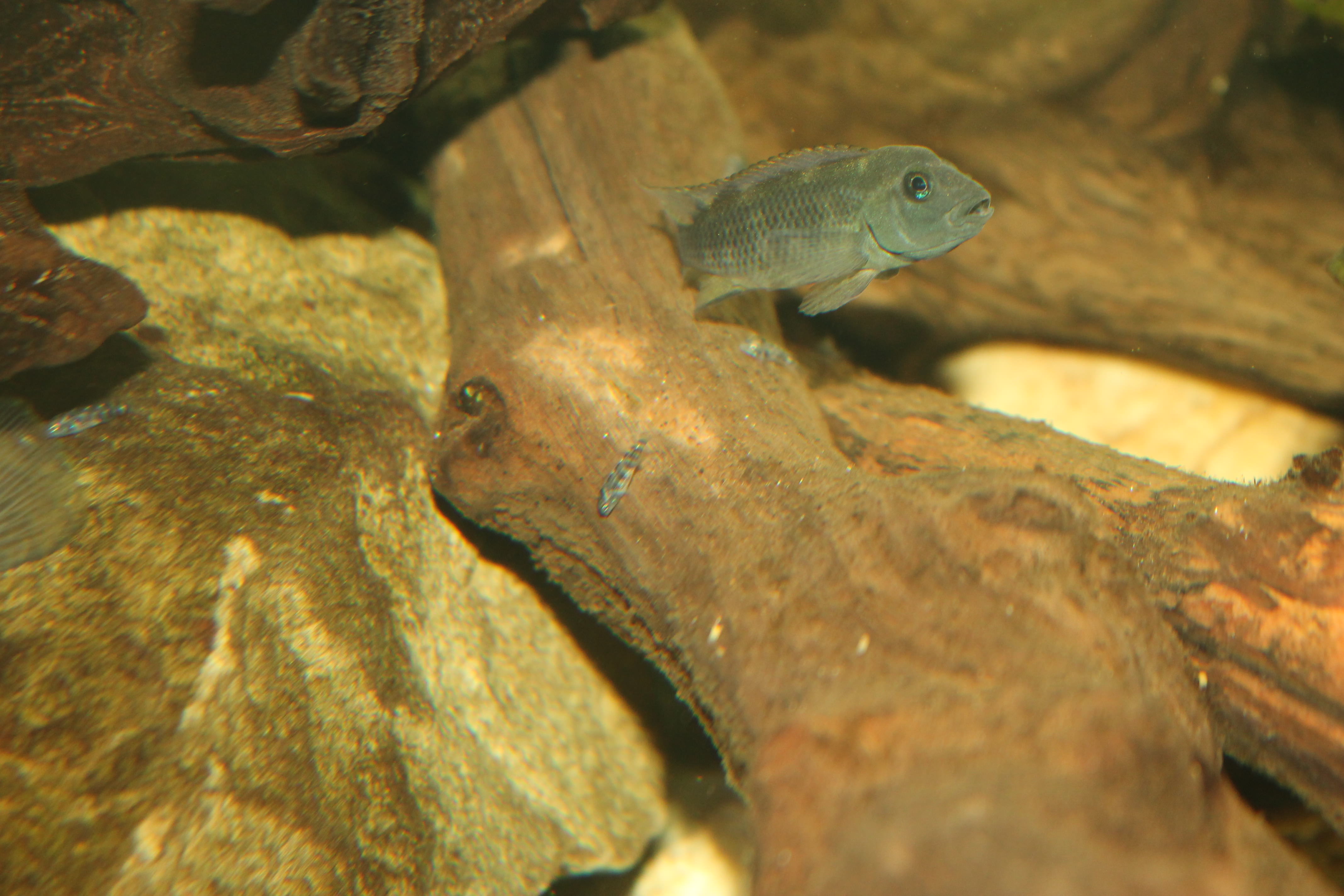 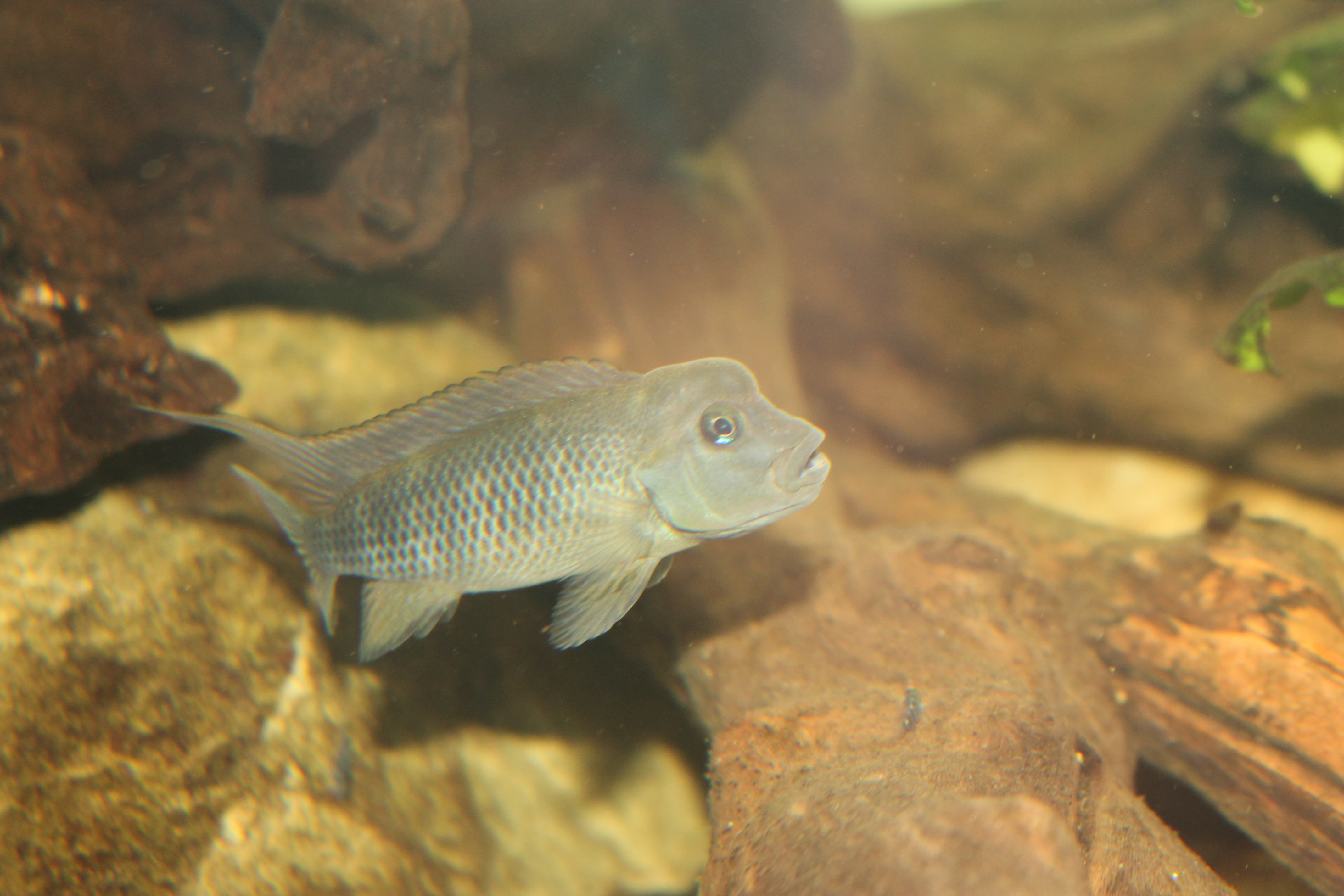 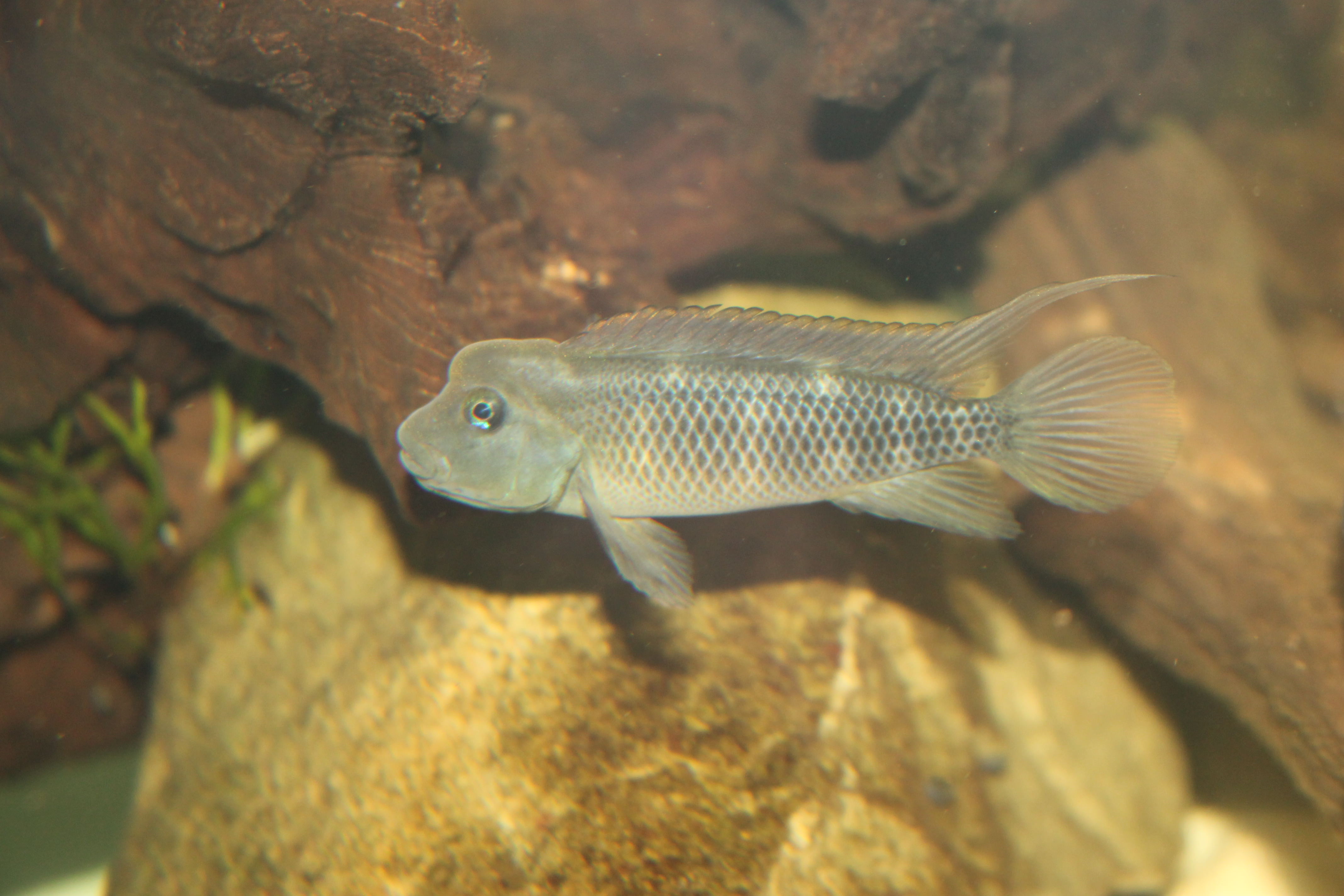 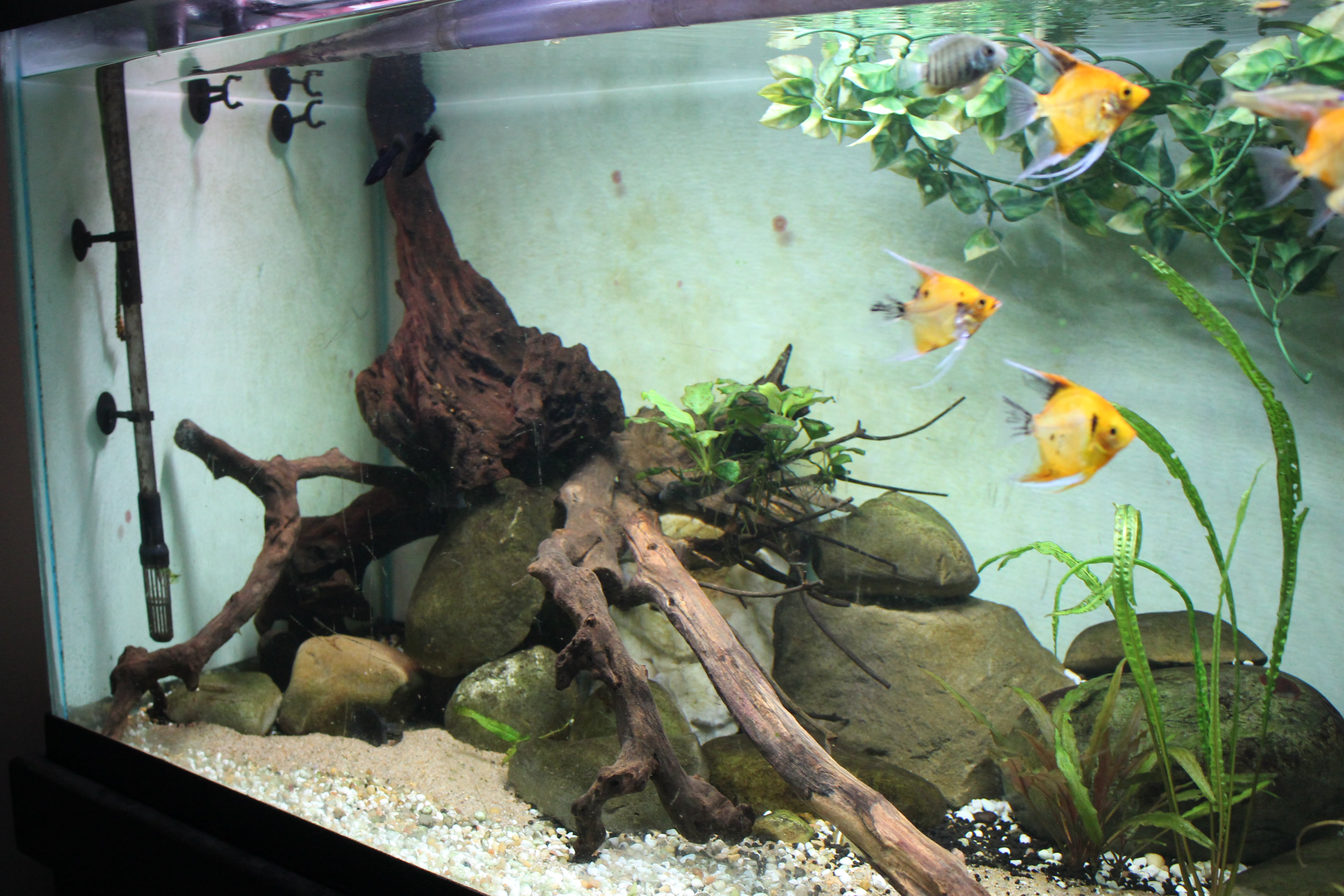